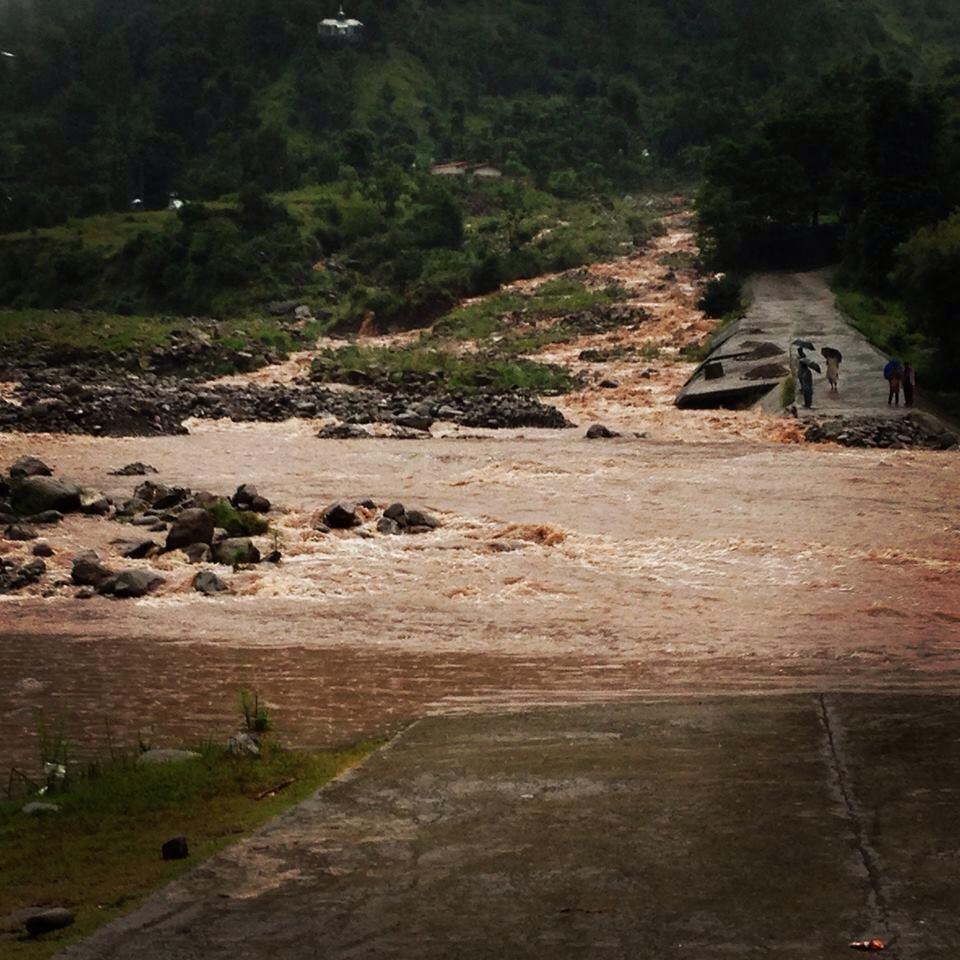 Bagh is a mountainous area that is prone to landslides, floods and seismic activity. The main mode of transport is walking along foot trails, however in some areas this is very dangerous as they have to cross rivers and streams. Any infrastructure that did exist was destroyed in the 2005 earthquake and subsequent floods.

In collaboration with ERRA, HAF have built 25km long new roads and carried out 32KM of stone soling on already existing damaged roads. In addition, 4 foot bridges have also been constructed as well as a bridge for vehicles.

This infrastructure development has improved access of the local communities to schools, town centres and hospitals. Routes to schools are safer resulting in more children attending school. The local communities are able to access town centres easily allowing them to trade efficiently, consequentially improving their income. Ambulances have easier access to these areas ensuring urgent medical care is easily provided, which has saved many lives.

In collaboration with ERRA, HAF implemented this project to rehabilitate the rural livelihoods, which were destroyed during the 2005 earthquake.

The main source of income for the local communities is through agriculture and livestock. During the earthquake, water sources were badly damaged resulting in the land becoming dry. Farmers were unable to grow many crops, which reduced their income.

The construction of these infrastructures has increased the yield of crops and farmers are able to generate a higher income.