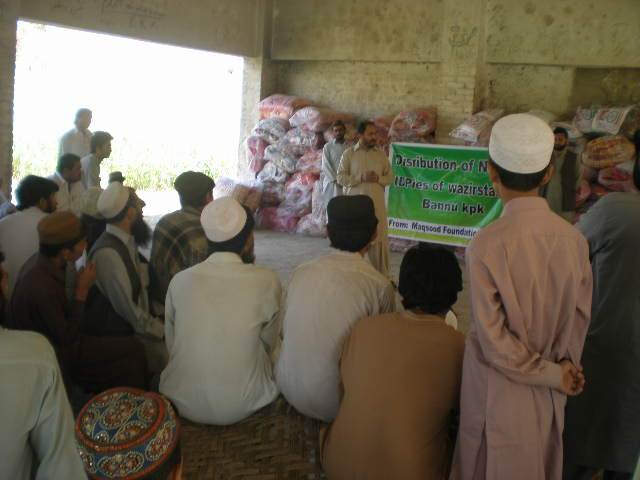 Pakistan experienced a large-scale internal displacement between 2009 and 2011 due to the military operation against militant Taliban in South Waziristan. Approximately twenty seven thousand households fled the violence; the local government struggled to provide relief to the internally displaced people (IDP).

Since October 2014, we have responded to the crisis by distributing lifesaving aid in the form of non-food items (NFI) in Bannu, South Peshawar, to over 110 families. IDPs have to flee suddenly and therefore do not bring many items with them. In many cases they run with only the clothes they are wearing. After feeling they are forced to live in dire situations and urgently require aid. Our NFIs include essential items such as mattresses, stoves and blankets as well as hygiene essential items.

Support our work by making a donation!