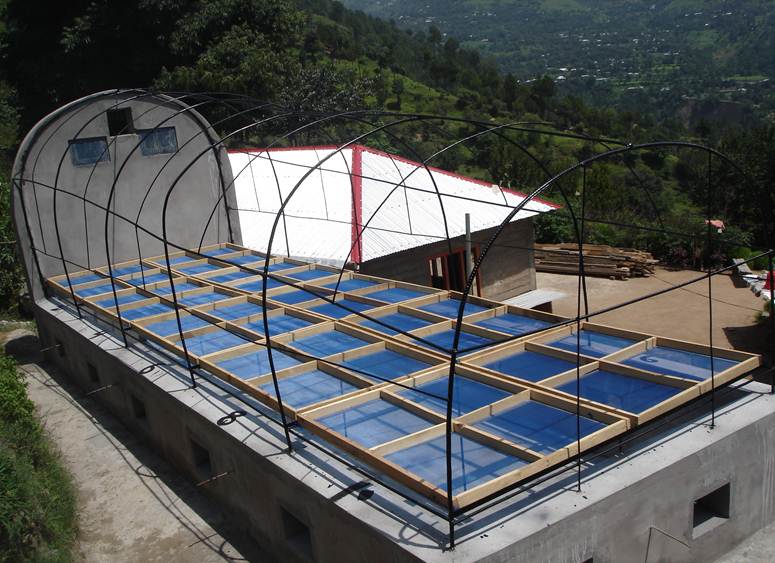 One of the main sources of income for local farmers in Bagh is the selling of locally grown fresh fruits as well as dried fruits. Previously, the fruit was dried by spreading it on rooftops or rocks, however this resulted in a low yield as some fruit was eaten by birds and other animals, whilst a lot was wasted due to bad weather and lack of storage facilities. This meant the quality of the produce was low and could not be sold for a sustainable profit.

In collaboration with Food Agriculture Organisation of United Nation, HAF have installed 8 dryers in 8 villages within the Districts of Bagh and Rawalakot. These solar dryers are built with local stone and have wooden panels with mesh trays, which act as a ventilation system and a clear plastic cover to protect from animals and weather. Once the fruit has been dried, it can be packaged and stored under the drying trays.

Using these solar dryers has resulted in an improvement in the quality of the produce, which is reflected by the price these are being sold for. The demand for the produce has also increased and orders are being placed from larger cities in Pakistan such as Islamabad and Lahore.

This project has helped improve the lives of many thousands of people. Please support this cause by making a donation! 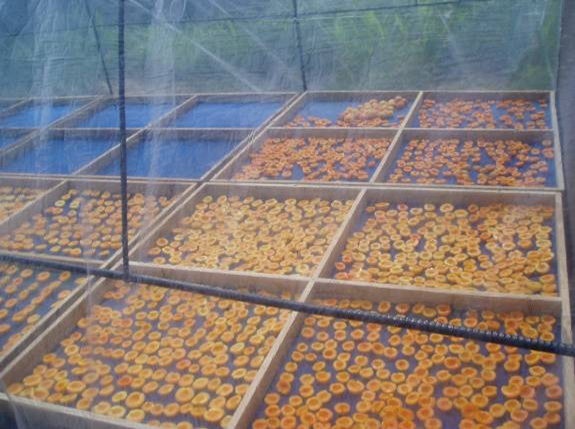